Home > About Us > Church Staff 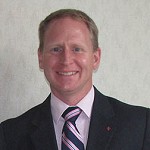 Born and raised in Meadville, PA, Pastor Steve attended Allegheny College where he studied philosophy and political philosophy.  Upon graduation in 1994, he worked on his Masters Degree in Elementary Education at Edinboro University.  In 1996 he made his way to Rochester, NY when he began serving as the youth pastor at Brighton Presbyterian Church.  From there he continued his studies at Elim Bible Institute (1999-2000), eventually arriving at Princeton Theological Seminary (2001-2004).  Ordained as a minister in the Presbyterian Church (USA) in 2004, he served the First Presbyterian Church of Arkport, NY for ten years.  In 2014, he and his family answered God’s call and moved to Louisville, KY to serve the wonderful Trinity Presbyterian Church family.

Pastor Steve’s greatest gift from God is his wife, Diane.  Since their wedding, in June of 1998, God has blessed them with two amazing children in Patrick and Maggie.  During his down time he enjoys running, hiking, reading, and sports (especially Pittsburgh Steelers football and Chicago Cubs baseball).

Jesus Christ, as the overarching passion of Pastor Steve’s life, fuels his daily walk, grows his marriage and family, and shapes his ministry to which God has called him.  In one statement, the most important thing he wants people to know about him is this: Jesus Christ is his all! We are so blessed to have Pastor Steve and his enthusiasm, leadership, and love of Christ!

Director of Center for Faith and Art

Candy married to Jack Wheat and they have two daughters, Aston and Nicki. She has been involved with the Youth Ministry throughout the Presbytery of Mid-Kentucky for the past 14 years. She has been employed at Trinity since 2005. She was Director of Christian Education and Youth then she became the Director of the Trinity Center for Faith and Art. The Center was a dream of hers and started small, with a single class called Faith Thru the Arts, a part of the church’s Wednesday evening program. Now there are classes in pottery, watercolors, drawing and classes for special needs adults and children. 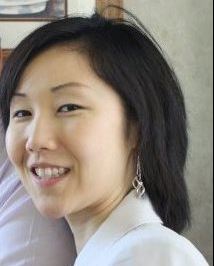 Janice is a native of Philadelphia, PA. Before moving to Louisville, she lived in Virginia for over 15 years. There, she graduated from Liberty University with a Master in Religious Education. Janice has served the past 15 years in ministry as a Youth Pastor, Children’s Pastor, and an Educational Administrator. In 2009 she moved to Louisville, where she met her supporting and great partner in life and ministry, Yohan.  Janice is the mother of 2 beautiful children, Annalise (5) and Asher (2), and has a third on the way in June, 2018. Janice is thrilled to be called to Trinity Presbyterian to teach and nurture the people of God, and we are so blessed to have her incredible talent and energy to enrich our worship services. Janice is devoted in her love for Christ and vision for TPC, and her faith provides a wonderful example for our children and our congregation.

Melissa was born and raised in Maysville Ky. She graduated from Mason County High School and was blessed with a nurturing church family at First Christian Church, Disciples of Christ, a church her parents were devoted to for 65 years. She attended the University of Cincinnati Conservatory of Music and the University of Kentucky, graduating in 1979 with a Bachelors of Music in Voice.  A member of the Stephen Foster Story cast for many summers, she met Noel Weaver, also a cast member in the summer of 1979, and they were married in the fall of 1980.  Melissa completed her Master of Music Education at Morehead State University, where she also began her teaching career and their family, that would soon grow to include, Mary Kathryn, Aaron, Nathan, Jacob and Rachel.  Melissa considers her family her greatest achievement. The Weaver family now includes three grandsons, Luke, Jacob Owen and Michael. Melissa has taught on all levels including college and is currently the choral director at Kammerer Middle School. We are so blessed to have Melissa’s extraordinary gifts and delightful soul to lead us in our music worship!

Doug Harville has been a member of Trinity since he was 10 years old. A Louisville native, he has a performance degree in oboe from Furman University, and an education degree from the University of Louisville. Currently he is employed by the Jefferson County Public Schools as the orchestra conductor at Thomas Jefferson Middle School. Doug grew up performing in the church, and now leads our youth and children in developing and sharing their musical talents with the congregation as a regular part of our worship services. 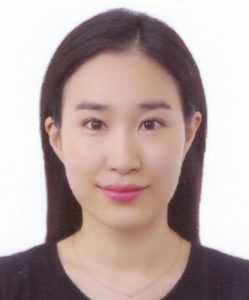 Won Joo Ahn joined our family of faith in 2017. A native of Seoul, South Korea, she came to United States in 2012 to study Choral Conducting at the University of Louisville under the direction of Dr. Kent Hatteberg, after graduating from Yonsei University with a Bachelor of Music degree. She is currently working as a lecturer and director in the Chorale Department at the University of Louisville, while also pursuing her DMA in Choral Conducting at the University of Illinois at Urbana-Champaign. We are so fortunate to have Won Joo at Trinity! She enriches our services with her wonderful talents playing the piano and organ, and she blesses us with her unfailingly gracious personality.

Elizabeth was born in London Kentucky but moved to Louisville when her father became the minister at Trinity in 1973. She attended Georgetown College where she earned a Bachelor’s degree in Elementary and Early Childhood Education.  Elizabeth taught for 10 years in the public school system while pursuing her Master’s Degree in Reading.

Elizabeth has two sons, Stephen and Jonathan, who attended Trinity Preschool when they they were preschoolers.  In 2000, she decided to go back to work since her youngest son was starting elementary school. The preschool director at Trinity was moving to Virginia so she applied for the vacant position. Elizabeth was hired as the new preschool director and has served in this position  for the past 17 years.  It has been a joy and privilege to serve the children and families in this church and community.